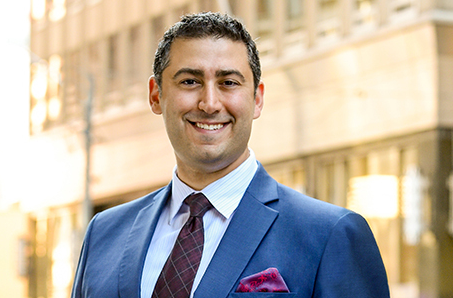 eremy practises in all areas of Human Resources law, including employment, employment standards and employment contracts and negotiations, labour and construction labour relations, occupational health and safety and human rights.

Jeremy has represented employers at all levels of Ontario courts, before the Ontario Labour Relations Board, Workplace Safety and Insurance Appeals Tribunal, and the Human Rights Tribunal of Ontario.

Jeremy has a practical, proactive approach to client service and enjoys the challenge of helping clients to focus and achieve their strategic objectives.

R. v Sterling Crane Division of ProCrane Inc. (unreported, January 31, 2018). The Ontario Court of Justice, on appeal, quashed the sole conviction from trial, on the basis that the Learned Justice of the Peace had made key findings of fact absent evidence, and despite receiving only evidence to the contrary.  The Trial Court had already dismissed one of two charges.  The Crown subsequently withdrew this remaining charge.

R. v Fitness One et. al. (unreported, January 13, 2017): Successfully moved to stay nearly 200 charges in a prosecution under the Employment Standards Act, 2000 against ten corporate defendants and one individual defendant (a corporate director) for unconstitutional delay.